Why Don’t Electric Cars Have Alterna 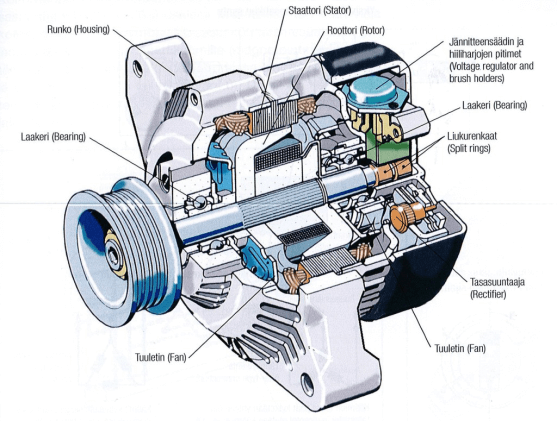 A common question we get about D.I.Y. Electric Car projects is “Why don’t you just add an alternator to charge the car as you drive?”

So, how about it? If fossil-fueled cars have alternators to charge their battery, why don’t electric cars just do the same?

To find the answer, we need to know how an alternator works and where the energy comes from.

ALTERNATORS: An automotive alternator is a type of generator which creates Alternating Current (AC). A belt from the vehicle’s engine spins a pulley which is connected to the rotor of the alternator. On the shaft are either permanent magnets or copper wire coils with a small DC current flowing through them. The flow of current creates a magnetic field. As the shaft rotates, this magnetic field induces current to flow  in a matching stationary set of coils. Because the magnetic fields on the rotor alternate polarity (north/south), the direction of the flow of current induced “flip-flops” many times per second, reversing direction as well. We normally call that “Alternating Current”.

The alternating current is converted to direct current (DC) with diodes, and a voltage control circuit makes sure that the output voltage is appropriate for charging the vehicle’s 12V battery.

ENERGY SOURCE: Where does the original source of energy for the alternator come from?

Scientists such as Galileo, Newton, and Bernoulli studied the natural world and came to realize that there are certain “rules” that are always followed. This eventually came to be known as the Laws of Thermodynamics.

According to the Law of Conservation of Energy, “Energy can neither be created nor destroyed; rather, it can only be transformed or transferred from one form to another.”

In the case of the alternator, the fossil fueled engine (connected by a belt and pulley) provides MECHANICAL* energy to the alternator which converts that energy to ELECTRICAL energy. The electricity isn’t “created”, it’s just some other form of energy which is converted. That means an equal amount is given up from the engine. The engine has to work harder and burns more fuel to be able to provide this additional energy.

Another important concept to remember is that the mechanical energy of the engine is not PERFECTLY converted to electricity. Some of it is converted to noise, heat, and vibration. Although efficiency is far from 100%, it’s still very useful to convert mechanical energy to electricity to charge the battery and run the electrical systems of a vehicle.

SO, WHY NOT IN AN ELECTRIC CAR? If an alternator works fine to charge a battery, why don’t we use one in an Electric Car?

The two main reasons are:

2) There’s a BETTER device to use than an alternator.

Remember, the ENERGY that powers the alternator is actually the mechanical energy created by the engine through combustion of fossil fuel. An electric car doesn’t have an engine or gas/diesel fuel. Instead, it has an electric motor and rechargeable battery. We COULD use the battery to spin the motor to spin the alternator to generate electricity. BUT at best, we would simply be using electricity to make electricity. Even worse, there are still losses on the way. Conversion losses often show up as heat, but noise and vibration as well. Essentially, using an alternator powered by an electric motor, we could only ever make a smaller amount of electricity than we started with. (If we could create an equal amount or more, we would have a Perpetual Motion Machine.) However, we COULD make a different voltage. An electric car battery pack is typically over 300VDC, whereas we only need a 12V system for headlights, radio, and other accessories.

DC/DC – A Better Way: If we only want to convert direct current from one voltage to another, there’s a much more simple and effective way to do it. That’s through a device called a DC to DC Converter. This is an electronic device which takes direct current at one voltage and converts it to a different voltage. It’s still not “free energy”. Converting to a higher voltage means also getting a lower current. Getting higher current means also getting lower voltage. Either way, it’s still the same amount of energy, minus losses, which show up as heat. Basic DC/DC converters dissipate the heat through a metal case. Higher power converters have heat-sinks, fans, or even active liquid cooli 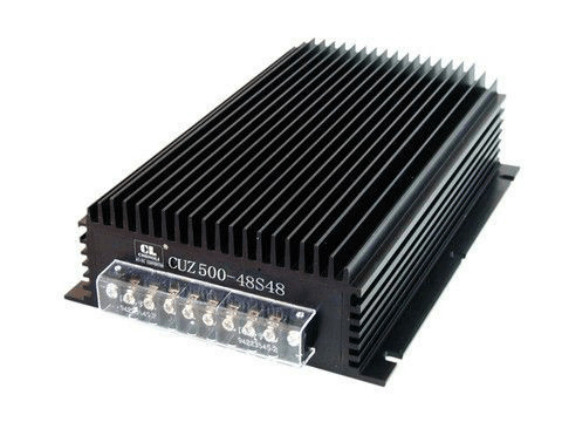 DC/DC Converters have several advantages over alternators. They are compact. They save weight. They are more efficient. There are no moving parts – no belts to replace, no pulleys, no bearings. That also means they are maintenance free.

If you purchase a DC/DC converter for your own DIY Electric Car project, keep in mind the input voltage and the maximum power. You want the input voltage it’s designed for to match the voltage of your battery pack. Many converters allow for a range of input voltage and are listed as so. For example, one might be listed as “48-96V IN / 13.5V OUT”. Power is rated in the maximum number of Watts that can be produced by the converter. In a car, you need enough power for the headlights, radio, and other accessories. This might be as much as several hundred watts. Remember to fuse the output of the DC/DC converter, and use appropriate gauge wiring for the output current. With rare exceptions, a DC/DC converter is always still combined with a 12V battery, just as an alternator is.

Electric Motor AS Generator: Lastly, the AC motors used in commercially-built electric vehicles make excellent generators. But you still can’t magically create power while driving the car. Remember, we can only CONVERT energy from one form to another. There are still times when this is useful. Converting the KINETIC energy of a car to some other form (electricity to charge a battery, or heat of friction from traditional brake pads) will remove the kinetic energy and thus SLOW DOWN a moving vehicle. This is perfect when you want to slow down anyways! On an EV, we exploit this and call it “Regenerative Braking”. It’s a great way to recapture some of the energy used to originally accelerate the car, and increases the total efficiency of the vehicle.

In another scenario, a vehicle can be coasting down a large hill or mountain. The POTENTIAL energy is converted to KINETIC energy. In a manual transmission fossil fuel vehicle, the driver might downshift and use the compression of the engine to help slow the vehicle. In an electric car, the motor can charge the battery to do the same. It should be noted that the battery needs to be at least partly discharged to have a place for the electricity to go for regenerative braking to work. Better to live at the bottom of a mountain than the top of a mountain, as a fully charged battery won’t be able to accept any more charge through regenerative braking.

Alternators are neat technology, allowing us to convert mechanical energy into electrical energy. Similar technology is used on a large scale to generate electricity at power plants. Alternators work great for fossil-fuel-burning vehicles, but are complicated, inefficient, and high-maintenance compared to DC to DC Converters used on Electric Vehicles.

We hopes this give you a better understanding of alternators and electric vehicles for you to be able to work on your own Electric Vehicle Project.

Next: Why to use the Vacuum brake booster system ? 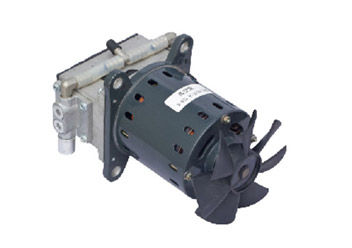 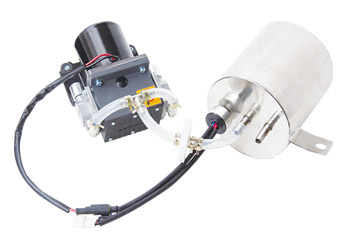 What role does the Vacuum Booster Play on the Brakes?
Pulished on Feb. 28, 2020